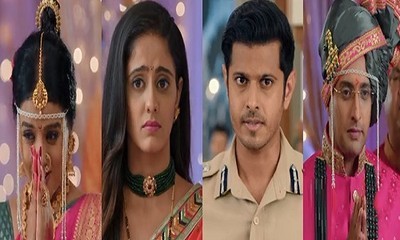 The upcoming story of Ghum Hai Kisi Ke Pyaar Mein will see the separation sequence of Virat and Sayi.

On a heartbreaking note, Virat and Sayi are finally going to part ways from each other.

Sayi speaks nothing in her defence when Virat questions Sayi for breaking his trust and supporting Pulkit.

Virat curses his love and feels guilty for loving Sayi who didn't think once before breaking his trust.

The deteriorating circumstances lead to the heartbreaking separation of Virat and Sayi when Virat confesses his hate and tells Sayi that he is breaking all his ties with her.

The upcoming emotional track in GHKKPM is quite intriguing and promising at the same time because Virat and Sayi both have realized their love for each other.

However, with this most terrible separation, will Virat ever find the truth and learn Sayi's innocence and Pulkit's good side?

GHKKPM: Virat curses his love to break all ties with Sayi