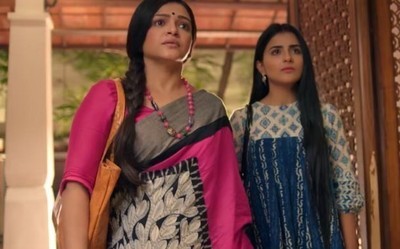 Anokhi is much eager to meet Shaurya where Devi is not letting her enter in house which makes Anokhi down in dumps.

Amid all this Astha also entered to meet Shaurya where later Devi and Astha gets into heated convo but owing to Tej move Devi let Astha and Anokhi to meet Shaurya.

However where further Astha gets happy knowing about Shaurya and Anokhi love for each other but later also gets shocked knowing that Devi wanted Shaurya and Shagun marriage.

Later Astha planned to stand for Shaurya and Anokhi love story, and lashes out at Devi for taking all decision by herself.