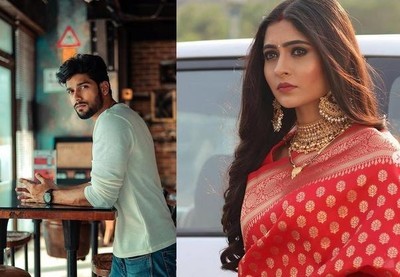 It was earlier seen that Raghav and Pallavi are always at loggerheads.

However since beginning Raghav wants his Amma and Keerti to stay with his in his luxurious house.

Hence Amma agrees to come for stay with Raghav with a strict condition.

Pallavi comes as Kaal in Raghav's life to destroy him.

Here is the first look of Pallavi's post marriage where she is seen in red saree and wearing fitting jewelry too.

Raghav is all set to get mesmerized with PAllavi's this look.