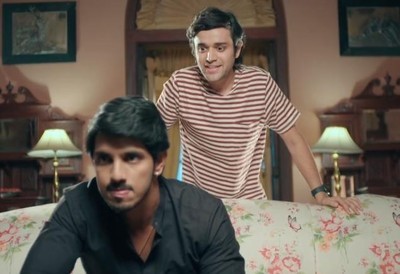 It was earlier seen that Raavi gets impressed with Shiva's gentleman look while their fight continues as usual.

On the other side Gautam informs Rishita about Raavi and Shiva's sacrifice due to which Dev and Rishita were abole to get married.

However Rishita is much adamant as she wants to live nuclear with Dev.

Further Rishita also states that she does not get scared to anyone.

Hence Shiva and Krish teams up to teach good lesson to Rishita with their horror plan in action.

What will Raavi do now, will she support Shiva or Rishita?

Pandya Store: Shiva's gentleman look to impress Raavi The u...

Pandya Store: Shiva in the pool of blood Raavi cries for his life

Pandya Store: Shiva in the pool of blood Raavi cries for his...