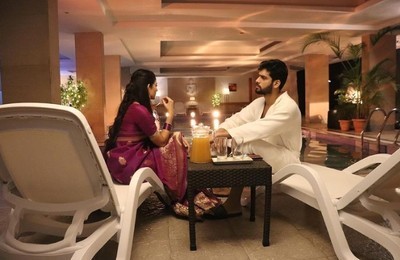 So, Raghav and Pallavi’s increasing proximity is bringing them on their way to love realization.

Meanwhile, when in the nighttime, Raghav takes bath in the pool Pallavi comes to accompany him.

Raghav mesmerizes Pallavi with his dashing looks in the pool.

The story gets interestingly riveting when Pallavi and Raghav sit together to have some serious conversation.

Pallavi to unite Raghav and Keerti

Raghav and Keerti are currently at loggerheads and Pallavi wants their broken relation to unite.

Where the late-night conversation makes Raghav and Pallavi’s bond stronger, it would be promising to watch how Pallavi will bring his and Keerti’s brother sisterly relation will come back on track.