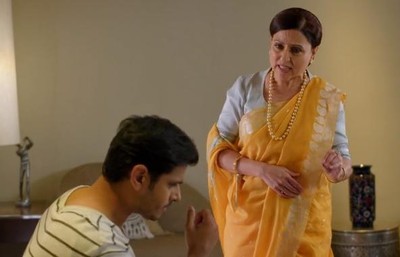 However they refuse to believe the claim from Sayi as Virat and Pakhi were quiet.

Pakhi thus starves the entire day as she wants Virat to come and console her.

But Virat does not pay heed to Pakhi but he worries for Sayi.

Bhavani thus pulls Pakhi to Virat's room where she wants Virat to show concern for Pakhi.

Bhavani's secret talk with Virat Pakhi behind a closed door

Behind the closed door Bhavani accepts the fact that Virat and Pakhi were in love but Bhavani dismisses Sayi's words leaving Pakhi and Virat shocked.

Virat and Pakhi are shocked that Bhavani knows the truth and supports them.