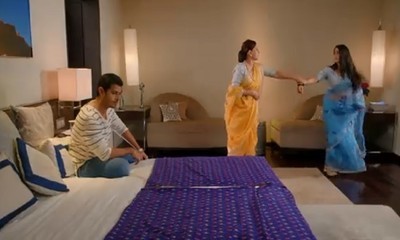 In the upcoming twist of Ghum Hai Kisi Ke Pyaar Mein, Pakhi is going to pose new problems for Sayi.

So, Sunny becomes a cupid to unite Virat and Sayi.

As he makes Virat realize that Sayi is in love with him, here Pakhi overhears them and gets pissed off.

Further, when Bhavani and Pakhi come to know that Sayi stayed the night at Pulkit’s house, they create huge drama in the Chavan House.

Moreover, Bhavani along with Pakhi instigate Virat against Sayi putting a stain on her character.

Will Virat again scold Sayi and misunderstand her getting influenced by Bhavani and Pakhi or he will use his brain.

Stay tuned with us to know more.