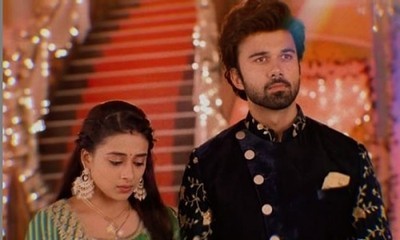 The upcoming episode will see Geetanjali Devi insulting Simar in front of the guests and calling her an outsider.

Simar feels bad as Geetanjali reprimands her for doing lunch with them.

How Aarav isn’t the one who would walk out silently like Simar.

Geetanjali stops Aarav from following Simar but Aarav insults her order and follows Simar shocking everyone.

Geetanjali’s face falls as Aarav rebelled against her.

Will Geetanjali ever accept Simar and will Aarav ever fall in love with Simar?