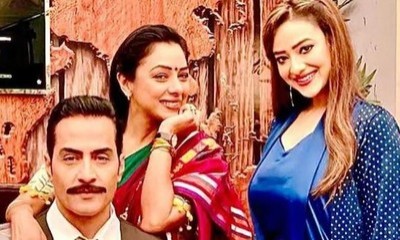 It was earlier stated that new entry in Anupama's life is all set to happen where we saw rumors doing rounds of Sudhanshu Pandey aka Vanrak walking out of the show.

We life to inform our readers that Sudhanshu Pandey is the main lead of the show and no one can replace him.

Producer Rajan Shahi has confirmed the fact that they are hunting for a fresh face aka new male that is second male lead in show.

As Anupama is out of Vanraj's life makers of the show want a new man in her life to focus new angle in show which adds fresh twist in show.

Ver important character to join the cast of Anupama

The hunt is going on where makers wants really a strong lead who can change the dynamics of show and keep hitting the TRP charts weekly.

Let's see whom do makers finalise in the show as very important character is all set to join the cast.

Anupama: Samar rebels against Anupama to demand shocking In...