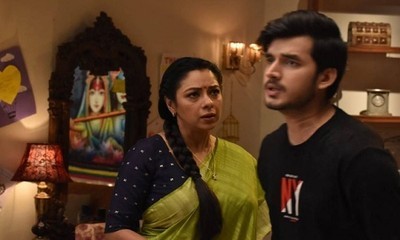 The latest story of Anupama TV serial is going to focus on Samar and Anupama’s deteriorating equations.

Earlier it is seen that how Samar dislikes Anupama’s idea of letting Vanraj to open his café in their dance academy.

The family is happy for Vanraj but Samar is badly pissed off.

Samar confronts Anupama and shows his annoyance over her decision.

While Anupama doesn’t want to hold grudge against Vanraj and Kavya,

Samar isn’t ready to let Anupama help those people who ruined her life.

Meanwhile, when Anupama refuses to Samar, Kavya uses this against her.

Kavya very well knows that Samar is biggest strength to Anupama and until he is standing with her, she will only rise to success.

At the same time, she wants Vanraj to not join Anupama’s café or start his business with her as she wants him to work with her (Kavya).

How Kavya’s venom will spoil Samar and Anupama’s equations?