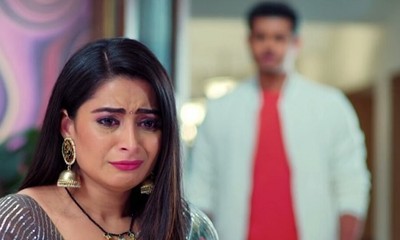 The upcoming twist in your favorite shows Ghum Hai Kisi Ke Pyaar Mein is one that you can’t dare to miss because this is going to jiggle everyone’s life.

Virat makes Sayi’s birthday special but before he could take a sigh of relief after the function gets over, suddenly major information related to Samrat terrifies him to the core.

Virat gets a huge shocker on learning the truth that Samrat himself cancelled his marriage leave where he wasn’t sent on the mission by the authorities but he asked for it.

While he very well knows that Samrat truly loved Pakhi, he gets confused about what actually made Samrat suddenly leave Pakhi when everything was fine between him and Pakhi.

This major conundrum of Virat takes him to the spot from where the story began.

Pakhi and Virat’s drastic confrontation coming up next

What happens next is what shakes Virat to the core because while connecting dots, he comes across his call with Pakhi on Samrat and Pakhi’s wedding night.

While Pakhi lied to Virat that Samrat knew nothing about her and his (Virat) relationship,

In actuality, the truth only forced Samrat to exit from the house.

How Pakhi’s dead and buried secrets behind Samrat drive Virat negative is what we don’t want you to miss.