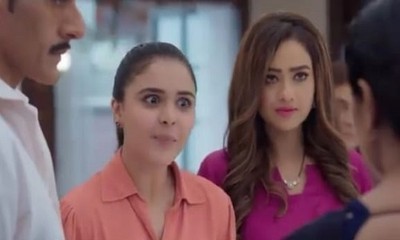 Anupama and Vanraj are busy in handling their new businesses when here the jobless Kavya is using her full time to manipulate Pakhi against Anupama.

Further in the show, Kavya invites Pakhi’s friends and makes a big order from Vanraj’s café.

Now as a result, the kids only spoil the food without caring for how expensive the food is.

Anupama doesn’t stand Pakhi’s nonsense while all the credit of Pakhi’s rebel goes to Kavya.

Pakhi badly hurts Anupama and insults her when Anupama also gives a befitting reply to her.

With these deteriorating equations of Pakhi and Anupama,

Kavya’s stepmom policy is succeeding and we fear that this may wreck separate Anupama and Pakhi.