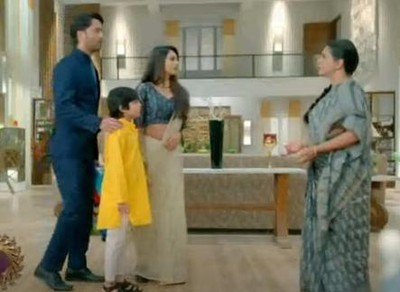 It was earlier seen that Dev and Sonakshi were hiding the fact from Suhana that Ayush is their first son and not her.

Dev and Sonakshi tries to handle things and keep the kids away.

Ayush has lost both his parents and only Dev Sonakshi are the one who are his real parents.

While Suhana dislike Ayush as she gets much attention from her family.

Now Ishwari keeps a pooja at home for Ayush along with Dev Sonakshi.

Here when Panditji asks for Ayush'a parents name that time Ishwari states that father's name is Dev and mother's name is Sonakshi.

Hearing this Suhana gets much angered and slips in major trauma.