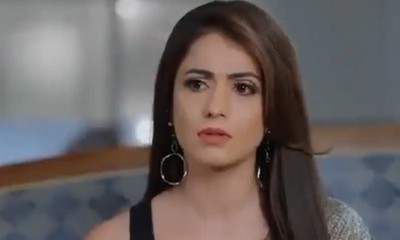 Star Plus prime-time TV serial Saath Nibhana Saathiya 2 is looking forward to major twists and turns in the storyline.

Everything is against the Desas but not anymore as the Irania's are in action mode to fool Kanak.

Anant and Gehna aka the Irani's offer 10 crores for Desai House but Kanak doubts their identity.

However, Anant and Gehna don't let their plan fail.

Paresh and Gehna cunningly fool Jigna when here Anant in disguise reaches Irani's office to meet Kanak and also prepares construction sites to prove to her that he is real.

Finally, Kanak falls into the trap and thus cracks the deal to sell Desai House for 10 crores.

Now things are getting exciting because the truth will once again defeat the evil.

However, will things be easy for Anant and Gehna till the end?

So make sure you read the new updates at SerialGossip.com for more.

Saath Nibhana Saathiya 2: The Irani's to turn the whole game

Saath Nibhana Saathiya 2: The Irani's to turn the whole game...

Gehna becomes a slave in Kanak's feet but with a big fat pla...

SNS 2: Desais become servants to Kanak but with plan

Desais become servants to Kanak but with a plan in Saath Nib...

Desais back in action to end Kanak's game in Saath Nibhana S...

Saath Nibhana Saathiya 2: Krutika Desai back in show with bang

Saath Nibhana Saathiya 2: Krutika Desai back in show with ba...

SNS 2: Gehna's new Job to get eye for an eye from Kanak

Gehna's new Job demands an eye for an eye from Kanak in Saat...