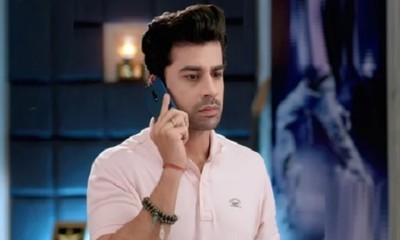 The latest story of the Anupama TV serial is going to witness major hardships in Paritosh and Kinjal's marital life.

After a huge fight in the family, Vanraj and Anupama permit Paritosh to move out.

Paritosh and Kinjal finally move out to the Penthouse.

However, things are only going to get difficult for them because unfortunately, Kinjal loses her job.

This brings another chance for Paritosh to impose his manliness on Kinjal and demean her.

Paritosh has already started to walk on Vanraj's footprints and now making things worse, he is going to dominate Kinjal just because she is jobless and he is working on a high profile post.

So, how Kinjal will face the challenging situation when she is hiding her job truth from family?

Make sure you read the upcoming latest news and updates at SerialGossip.com to know more.

Anupama (Rupali Ganguly) gets her hand on Property Tax Scam ...

Anupama: Big Twist! Anupama gets loophole to save Business

Anupama: Big Twist! Anupama gets loophole to save Business ...

Anupama: Not Baa and Bapuji but Anupama to mark exit

Anupama (Rupali Ganguly) takes a stiff decision for her Shah...

Anupama: OMG! The crucial end for Vanraj and Anupama

Anupama: Kinjal turns out to be Anupama 2.0 for Shah family

Anupama: Kinjal (Nidhi Shah) turns out to be Anupama (Rupali...