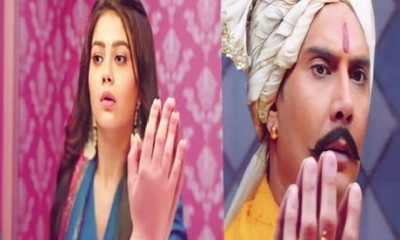 Colors TV serial Molkki is gearing up for a major twist as soon as Virendra gets a clue of Purvi.

When Virendra meets Daksh and Chandni, he picks up Dhwani’s call and gets super shocked recognizing Purvi’s voice.

And this is where Virendra thinks to find the truth as if Dhwani is his Purvi.

Purvi lost her memory but Virendra believes that she is dead.

Virendra cracks his master plan to meet Dhwani wherein it seems his plan will also work.

It would be interesting to watch how Purvi will recall her lost memory of seeing Virendra.

For more updates, read the new updates at SerialGossip.com