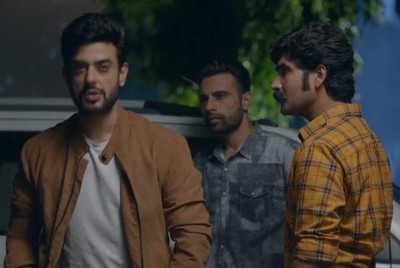 It was earlier seen that Pritam takes his bag out somehow in front of Shakuja family members while he misbehaves with them.

Pritam does not want to get in touch with Shakuja family but the family likes to get along well.

Pritam maintains his distance while they come close to him.

However entire Shakuja family suspect Pritam's behavior and hence they decide to check his room.

Shakuja members go to break open the lock when Pritam makes his entry.

Pritam gets angry and he decides to call the police to get the family arrested on call.

Shakuja family and Amrita gets scared seeing his attitude.

Zindagi Mere Ghar Aana: Pritam on the verge to get exposed w...