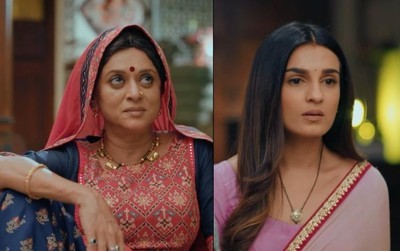 It was earlier seen that Raavi has gone out of the house and there is no scope of her return back in Pandya House.

Both Raavi and Shiva loves each other but their ego comes in between and unwanted misunderstadning.

Dhara tries to make a patch up while Raavi is not going to bend before Shiva this time as he needs to apologize.

On the other side Suman also has taken a major decision that she will be the prime decision holder in Pandya house not Dhara.

Hence Dhara turns new negative where she wants Raavi back in house to sort out all the problems.

Dhara warns Rishita to get Raavi back home or else she will make her life living hell.