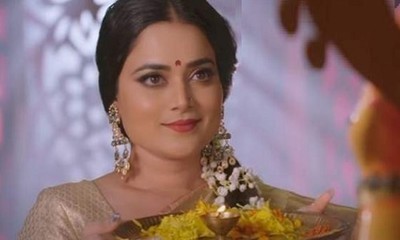 Aarav and Simar are in love with each other but Geetanjali Devi’s aggression is separating them apart.

The duos are closer to their divorce and there are only 15 days left for the final date.

Meanwhile, Aarav decides to fulfill Simar’s dream before they could part ways.

Thus Aarav meets Yamini Devi and cracks a deal with her which will now jiggle everyone’s life in a very intriguing way.

The duo women hold hell like enmity and grudge against each other and here Yamini finds Aarav’s deal a big war against Geetanjali.

Thus she agrees to give Simar a second chance and make her student.

Will Aarav this step-change Simar’s life in a good way or it will ruin Oswal’s life?

Don’t forget to check out the new posts at SERIALGOSSIP.COM

Sasural Simar Ka 2: Aarav to accept Simar’s love for him

Geetanjali and Yamini past revelation in Sasural Simar Ka 2 ...