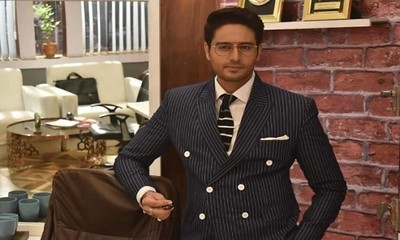 The upcoming episode story of Star Plus TV serial Anupama will see ahead a major turning point with Anuj's final decision.

Anupama and Vanraj both put forth their business ideas and strategies.

Anuj gets upset thinking if his team will disapprove Anupama's idea then how will he deny Anupama.

However, fate is in Anuj and Anupama's favour this time.

And this is why Anuj's team approves Anupama's 'Ghar Ka Khana' idea and likes her concept more than Vanraj whose main agenda is getting the money from the customers.

The story ahead is going to take a very intriguing u-turn because Anuj still wants to be sure that Anupama's business idea is better than Vanraj's concept.

Thus, he visits the cafe for the meal only to test Anupama's business idea and how she manages to convince and cheer up the customer.

Finally, the tables turn when Anuj decides to sign the partnership with Anupama, not with Vanraj.

So, now when the head will be Anupama, not Vanraj and Kavya,

How the story of the Anupama TV serial will take another u-turn is super exciting to watch.