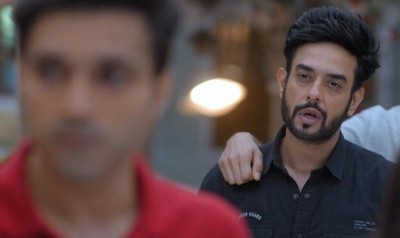 Where Pritam advises to accept Meera if life is giving him second chance.

As very few people get this second chance so they should not lose the same unless he dislikes the girl.

Amrita gets irked with Pritam's advice where she takes Angad and Kabir away from Pritam.

Amrita cannot get out of Pritam's philosophy

Later Amrita thinks about Pritam's word and feels he is a philosopher.

Moving ahead it will be seen that Pritam gets into a fight with Amrita's parents being unaware of their identity.