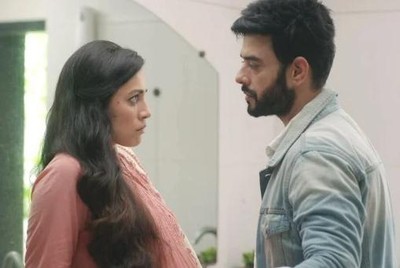 Star Plus new serial Zindagi Mere Ghar Aana will showcase interesting twist in the storyline ahead.

It seems Pritam steals the bulb which gets noticed by Amrita.

However this turns into a major issue when outsiders blame them.

While Amrita solves the matter as she has seen Pritam stealing the same.

Later Pritam’s veggies get burnt when he rushes in Amrita’s kitchen to steal some pickle.

Amrita once again catches him red-handed.

Pritam leaves the pickle and goes to eat plain Rotis when Amrita feels upset for him.

Amrita decides to give food to Pritam

It would be interesting to see what new turn comes in Amrita and Pritam’s life ahead.

Will Amrita soon learn the fact that he is not Pritam and someone else?