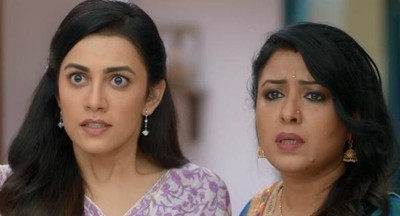 When he learns they are Amrita's parents he begs for an apology.

Amrita's parents have come to attend her baby shower ceremony and bless her.

Laster when Dadaji is doing all the preparation he seeks Pritam's help to add the garland in the house when Pritam gets enraged and he speaks in high tone to Dadu.

Amrita asks Pritam to get lost from their house

Amrita's dad gets angry where he scolds Pritam for speaking in high tone.

Amrita gets agitated too where she asks Pritam to get lost from the house if he cannot stay in house respecting others.