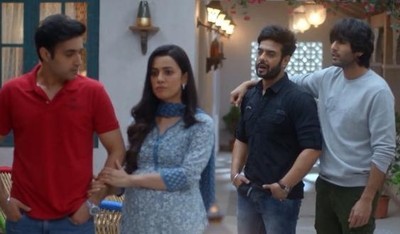 However KK instead of refusing agrees to attend the function with his entire family members.

Meera on the other side overhears the same and gets angry.

Back home Angad is also furious who do not want to see Meera's face again.

When Pritam marks his entry and Kabir stops him.

Kabir explains Pritam about Angad and Meera who share his views on their relation.

Amrita gets irked hearing the same and gives tough looks to Pritam.