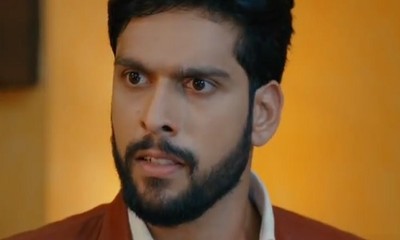 The upcoming twist in Star Plus show Mehndi Hai Rachne Wali will see Raghav finally getting into action mode against Isha.

Isha is trying create rift between Raghav and Pallavi.

Meanwhile, Raghav for the first time shouts at Pallavi when she defends Isha.

While Raghav very well knows that Isha has evil intentions behind her coming back into his life,

And this is when Raghav decides to close Isha’s chapter before she cracks his and Pallavi’s relationship.

Raghav gets in action

Isha is determined to separate Raghav and Pallavi and her motives are really bad.

Will Raghav succeed or his plan will only backfire him?