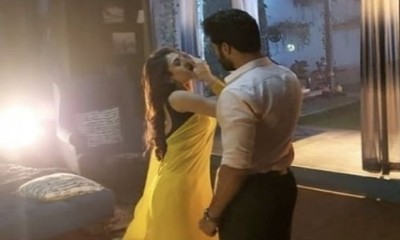 Star plus TV serial Mehndi Hai Rachne Wali is witnessing major ups and downs in the storyline and we don’t want you to miss the upcoming romantic night of Raghav and Pallavi.

Pallavi plans a romantic night to consummate their marriage.

However, Raghav doesn’t acts lovey-dovey to her and this is because of the night he spent with Isha in Pallavi’s absence.

Poor Pallavi who doesn’t know anything tries her best to get closer to him but all goes in vain.

Pallavi’s all efforts of making love with Raghav go in waste when Raghav suddenly pulls himself back.

Raghav and Pallavi just started to come closer and now Isha is back.

How will Raghav protect his marriage from Isha?