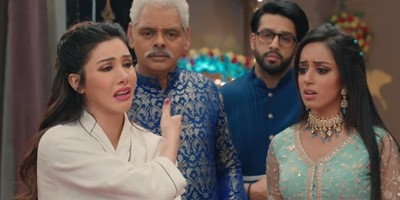 Rudraksh has learned the truth about Venky and is planning to expose it to Preesha.

Meanwhile, he knows that Preesha loves her brother and will not believe him without any evidence.

Rudraksh tries to collect the evidence but Venky destroys it.

Moreover, Venky also saves Rudrkash from falling from the stairs and turns hero in everyone's eyes.

In the upcoming track, Venky plays his evil game and enters Mishka's room.

Venky plans to ruin Mishka's image just the way she did to him.

How will Rudraksh expose Venky?