ZMGA: Time for Pritam to reveal his real identity to Amrita in person (Future Story) 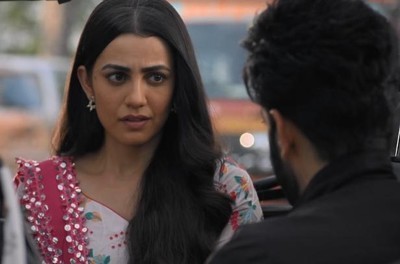 It was earlier seen that Amrita opens up about her love life with Karan before Pritam.

Pritam is much overwhelmed to see Amrita's free side and he decides to reveal his personal life story too Amrita too.

When travelling on the roadways there is Nakabandi where the vehicles are stopped and drivers are been checked with their licence.

Pritam has his licence with the name Karan Shakuja and shows the same where Police people suspect that he is Pritam Chaudhary.

Pritam was restless about getting exposed before Amrita

They ask Pritam to take off his mask when Pritam is about to show his face.

Pritam is much restless to show his face and get caught before Amrita.

What will Pritam do now?

Will Pritam unfold his real identity to Amrita soon?