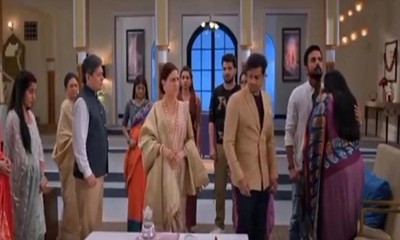 Ninad and Ashwini are quite hurt by how Virat betrayed Sayi and broke her heart.

Thus, they compel Virat to leave the Chavan Niwas after he forced Sayi to leave.

But while Bhavani is not ready to let this happen, she thus drags Virat to the temple and asks him to bring Sayi back to the house.

Bhavani reminds Virat about his sanskaras, his upbringing, and how he had made Nagesh Chavan proud.

Thus, she asks him to cut off all his ties with Shruti because no matter she likes Sayi or not, the truth is that she did a lot for them and thus she wants him in the house.

The family is quite stunned by Bhavani's demand because they never expected this.

Now, when Bhavani has given her command, how Virat will bring Sayi home is worth watching next in the show.

Make sure to read the new updates to know if Sayi will come or not.