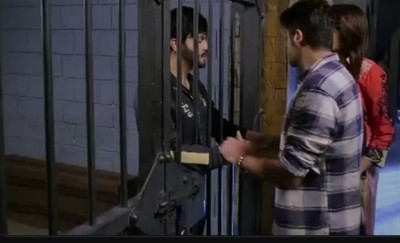 Kundali Bhagya was launched on Zee TV and the show is famous for it's high voltage drama. The show is gearing up for many twists and turns.

Recently We have seen that Sameer calls Lawyer Malkani asking him to help him in proving Karan innocent.

Malkani tells him that the case is complicated and he can't help him as the whole of the India hates him.

Karan on the other hands gets provoked by Prithvi against Preeta where he shows him the video of Preeta giving her statement as his Business Wife.

Karan however denies to talk with Preeta when she tries to explain herself.

Sameer meets Karan and tells him that only those people will frame him who can benefit from it.

Unfortunately, Karan has lost his Brain like he always did and tells Sameer the same.

Sameer denies to believe him but Karan asks him to trust him and says that he is sure Preeta was the one to frame him.

Let's see what the show has in store for them.

Will Karan and Preeta ever realise that Love alone can't survive without Respect and Trust?

We are excited to see how Preeta proves herself and Karan innocent.