Kundali Bhagya: Finally! Preeta decides to move on sick of all the allegations (Upcoming Twist) 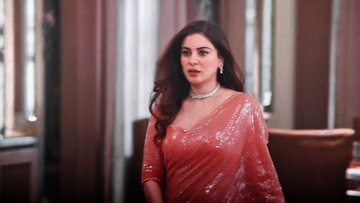 Zee TV's popular show Kundali Bhagya is gearing up for high voltage drama. The show is up for many twists and turns.

Recently We have seen that Prithvi has framed Karan in Match fixing which costs him his reputation and fans in India.

Preeta defends Karan as his Business Partner while he misunderstands her. He also tells Sameer that he has doubt on Preeta as she is the only one who can benefit from his lose.

However Sameer denies to trust his instincts but finally does as he chooses him over Preeta.

Karan then comes out of the jail where he puts all the blame on Preeta saying that she was the one to frame him.

Preeta breaks down with his allegations and finally realises her worth in his Life.

The show takes an intriguing turn when Preeta finally decides to move on and leave Mansion sick of all the allegations.

The drama in the show is going to intensify in the upcoming episodes and We want you to enjoy every bit of it.

What will Karan do after getting to know the truth?

Stay Tuned to Serialgossip.com for the latest updates of your favorite shows.