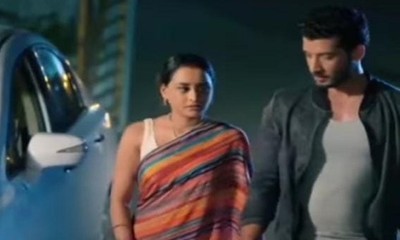 In the Hindi TV serial Saath Nibhana Saathiya 2 (SNS 2), a lot is going to happen in Gehna’s life next in the upcoming episode.

It is seen how Surya is trying to stay away from Gehna but their fate is only pulling them closer.

When Suhani loses once again, she now decides to play her last game with Gehna and kick her out of Surya’s life.

Shockingly, here she kidnaps Urmila and now when Gehna doesn’t find her, Suhani thus puts a big condition before Gehna in return for Urmila.

Suhani is adamant to get Gehna away from Surya and then kill Surya taking everything from him.

However, will Gehna let this happen?

Let’s see what Gehna is up to next to save both Urmila and Surya?