YRKKH Future Twist: Aarohi gets Neil in clutch only against Abhira (Upcoming Twist) 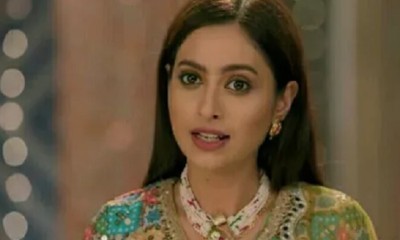 In the Hindi TV serial Yeh Rishta Kya Kehlata Hai (YRKKH), a lot is going to happen in Abhimanyu and Akshara’s personal lives.

And the mastermind behind the upcoming rifts is actually Aarohi.

So, everyone thought that Neil and Aarohi’s genuine love story would now be seen in the show.

However, there is a piece of upsetting news for all those fans who thought so.

The makers are further planning a big twist and that is Aarohi using Neil only to brainwash him against Abhimanyu and Akshara.

Abhimanyu and Akshara are already at loggerheads on the current track.

Meanwhile, Aarohi leaves no stone unturned to manipulate Neil into bonding with Harshvardhan and disconnecting with Abhimanyu and Manjari.

Wherein Akshara is standing as a big hurdle because she will never let Abhimanyu and Neil’s brotherhood break,

Thus, Aarohi starts using Neil against both Abhimanyu and Akshara.

Now, let’s see what more Aarohi is up to against the Birla Family by taking advantage of Neil’s innocence.