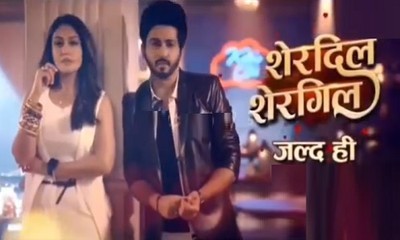 The very first promo is out wherein Raj is seen doing stand-up comedy.

While Raj reveals how his father chose to become a father in the age of 55 years old,

Here he makes fun of him and how he thought that his two daughters were not enough.

While the audience laughs at his jokes, herein Manmeet stands up and laughs at his father saying he doesn’t know that a family is even complete with only two daughters.

And this makes the audience hoot for her.

Raj and Manmeet’s this first meeting shows their bold and tashan personality.

So, now it would be quite intriguing to watch how this new jodi will spice up the show.

Stay tuned with us at serialgossip.com for the latest updates.

Sherdil Shergill: Meet ‘Raj And Manmeet’ of 'She...