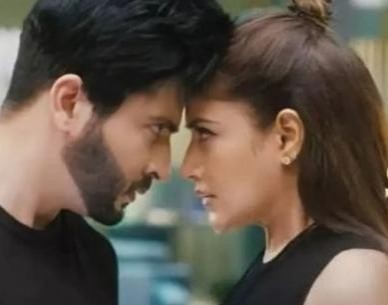 As per the latest promo of the show it seem that Raj is a standup comedian and cracks a joke on girls.

Raj thinks he is doing some good deed where he says his father had two girl child but his family got complete post he came in their life.

Everyone in the audience laughs.

But Manmeet snaps her finger and calls out Raj’s dad for having a cheap mentality.

She says that even after having two girls the family becomes complete.

New Story of Manmeet and Raj

The audience give a round of applause for Manmeet over Raj.

Raj is embarrassed hearing the audience cheer up for Manmeet and not him.

She gives him a tough look and leaves from there.

Raj looks at her in anger.

This marks the beginning of new story of Manmeet and Raj and their much needed Tashan moment to witness ahead.

Keep tuned for more updates on this show.

Sherdil Shergill: Meet ‘Raj And Manmeet’ of 'She...