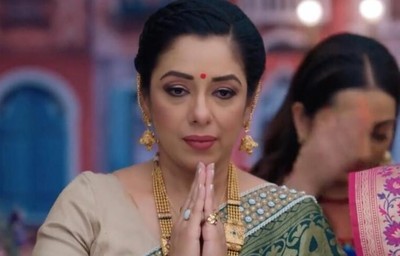 Star Plus serial Anupama is coming up with a major twist in the storyline.

Raksha Bandha is going on in full swing.

However Barkha and Anksuh seems to be much worried over Anuj's reaction as in how will he react post nowing the truth.

Looks like Ankush Barkha being Bankrupt truth is all set to come out.

Barkha is seen taking pills where Anuj watches all.

Soon there is going to be a major turning point in the show where Anuj meets with deadly accident and his situation is much critical.

Anuj is nearing death where everyone has lost hope of his survival.

Anupama is not going to lose her hope at all where she begins the Mahamrityuanjay Jaap to bring her Anuj back to life.

Will Anupama's prayers be answered?