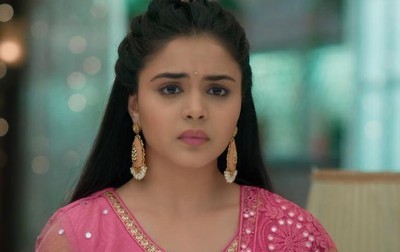 Anupama: Vanraj throws Bediya on Pakhi with her best foot forward towards Anupama

It was earlier seen that Pakhi humiliated her mother Anupama and blocked her entry in Shah House.

However the same night Pakhi realizes her mistake and wants to reconcile with Anupama.

Anupama has gone far away now and on the other side Vanraj is not going to let Pakhi and Anupama reunite now.

Vanraj wants the rift to be alive and does not want any of the Kapadia member in Shah House.

Vanraj wants to rift between Anupama Pakhi to stay alive

As Bapuji Kavya Kinjal Mamaji Dolly decides to reach Kapadia House for the Raksha Bandhan, Pakhi also takes her best foot forward to meet Anupama and go to her house.

When Vanraj yells PAkhi anf throws the shackles on her legs to stop her from going to that house again.

It would be highly interesting to see if Pakhi stops back or she goes ahead.