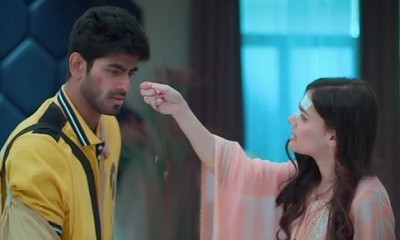 In the latest episodes of Anupama TV serial of Star Plus, now you will see Dimple following Anupama’s footprints to fight for her dignity.

Suddenly out of the blue, Nirmit’s betrayal comes forth as a huge shock to Dimple who expected his big support system after falling victim to rape.

Anuj and Anupama bring Nirmit and Dimple to the Kapadia House but fail to save their marriage relationship from falling shattered.

However, now Dimple too doesn’t want Nirmit if he has decided to leave her.

Therefore, Dimple comes in her bold avatar and smacks the mangalsutra on his face asking him to leave because he doesn’t deserve her.

Dimple to make her own life

Dimple now needs no man to save her dignity and this is the reason why she refuses to beg before Nirmit.

So, let’s see how Dimple now makes her own life after Nirmit’s exit.