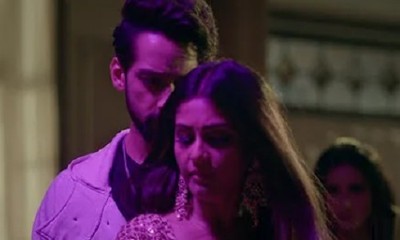 As per the ongoing story in the popular Hindi TV serial Imlie of Star Plus, Cheeni is playing her mind game to separate Atharva and Imlie.

Imlie almost believes her confession that Atharva still loves her.

However, Atharva takes a strong stand for himself and finally clears off Imlie's misunderstanding.

Interestingly, now Atharva takes the decision of speaking his true feelings to Imlie before it gets too late.

And that's when in the Sangeet ceremony, Atharva chooses Imlie and pushes Cheeni in the back surprising everyone.

Atharva gives another huge surprise when he finally says I Love You to Imlie.

Wherein Atharva wants Imlie as his life partner, let's see how Cheeni will react to this.

Will Cheeni turn revengeful and make things worse for both Atharva and Imlie?

Imlie Latest News: Atharva says I LOVE YOU to Imlie

Imlie Latest News: Atharva says I LOVE YOU to Imlie In the ...