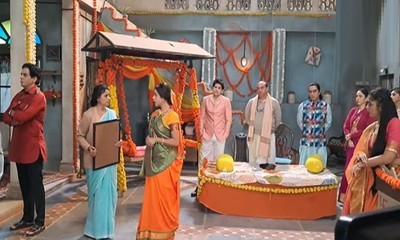 Bhavna doesn’t make it in time for Abhishek and Meera’s engagement and thus it upsets everyone.

Even Bhanu gets super furious at how Bhavna’s carelessness insulted him before Meera’s family.

Thus, he makes a plan to emotionally blackmail Bhavna and manipulate her to give up Barsati case so that he gets the money from Vikas.

Unfortunately, he succeeds in his evil planning as Bhavna agrees.

And now this changes the whole story concept.

Raghav and Bhavna at odds

Moving on, Bhanu is now going to raise his fist at Raghav for attacking Amit as the latter hurt Aarav with the crackers.

So, now let’s see if the family’s fight will ruin Raghav and Bhavna’s bond.