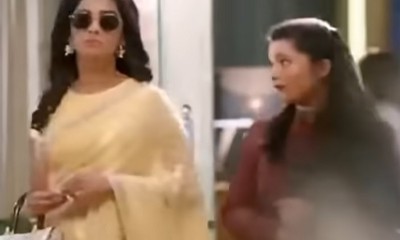 In the daily TV serial Kumkum Bhagya, now it's the time to see Prachi's unseen avatar like never before.

Ranbir and Prachi get separated with the sudden demise of Panchi and now after 6 years, everything has changed for both of them.

Wherein Ranbir has moved on in his life, herein Prachi is going to slay like a queen as she is now a well-established top businesswoman.

Super talented and bold Prachi is now killing it in the business world.

And now the twist in the tale will unfold next when she will meet Khushi next in.

The upcoming intriguing track will see Prachi taking the big step of adopting Khushi as she feels some connection with her.

Though Panchi's dead body was never found, Prachi still believes that she is alive and so she will find her very soon.

Let's see what happens next and how the story moves forward.