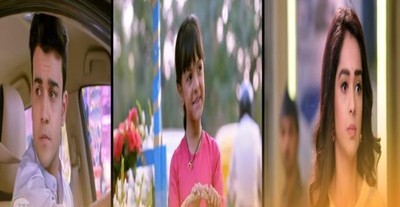 It seems Ranbir is facing a tough time where he loses his big project to Sandeep.

When on investigation Ranbir learns the big truth that Sandeep is working for Aaliya and hence the big loss.

Ranbir recalls the entire past story where Aaliya played the big game and he lost everything his love Prachi and his daughter Panchi too.

On the other side Prachi has left her city and moved somewhere else.

Now Prachi's job demands her to get back to Delhi for an upcoming project where Prachi is much annoyed.

Prachi does not want to get back to Delhi where she is running away from her old memories.

No option but Prachi makes decision to head to Delhi.

Ranbir and Prachi are set to come face to face soon.

Keep tuned to serialgossip.com for fast updates on KumKum Bhagya.