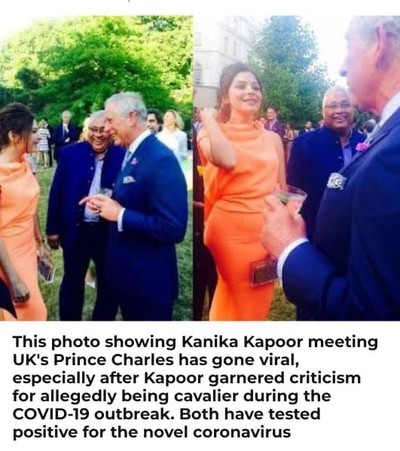 Prince Charles, Queen Elizabeth II’s son and the heir of the British throne has tested positive for the Covid-19, and now self Isolating in Scotland.

The Prince of Wales has tested positive for Corona Virus where he has been showing mild symptoms but otherwise he was in good health,

However it is not certain from whom Prince has acquired the Virus despite of high number of precautions and securities.

Well as Prince Charles is over 70, then he is considered to be at higher risk than the average for CoronaVirus.

However after Prince Charles, his wife Camilla, the Duchess of Cornwall has been tested and doesn’t have the Virus

It is on hot news that Kanika Kapoor returned from foreign trip where she also met with Prince Charles.

While there is no certainty over the same but both tested positive for the novel coronavirus.