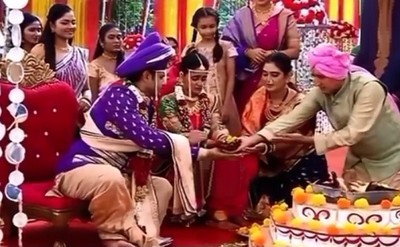 Pakhi soon gets to know Virat and Sayi's wedding truth.

Pakhi earlier doubted Sayi and Virat's love but never expected for Virat will break his promise to her and marry Sayi.

Pakhi is completely frustrated by getting the news of Sayi and Virat's marriage.

Pakhi is determined to not let this marriage run for long.

Sayi and Pakhi to have a cold war

Even though Sayi not loves Virat and doesn't has feelings for him,

This is going to bring a cold war between Pakhi and Sayi.

To get more updates, stay tuned with us.