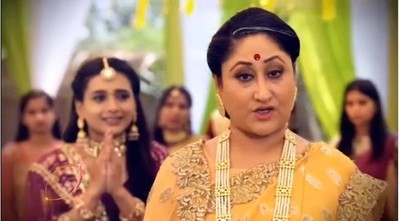 Sasural Simar Ka 2 is Indian tv drama which telecasted on Colors Tv, where its upcoming track of the show will bring much drama in Simar and Aarav life.

As per latest track of the show is showing that Aarav and Reema marriage rituals already begun,

We all are also aware that Gitanjali is so sophisticated lady where she don’t like sangeet, music at all and also tagged it as bad thing.

However where further, Choti Simar is singing and dancing amid Reema and AArav’s haldi ceremony where Gitanjali sees all this and gets hell furious.

At same, Gitanjali breaks Aarav and Reema’s marriage and later pits shocking deal that this marriage will happen only if Choti Simar will not be there.

Owing to this twist, Choti Simar will be seen out of the AArav and Reema’s marriage.

It would be dramatic to see what will happen next in this show.