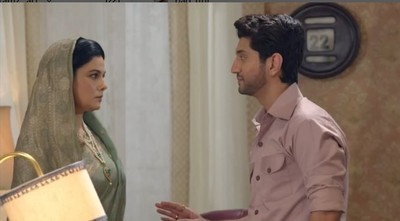 Ongoing track showed that Veer and Amrit are married now where Veer gets hell furious that Amrit is not letting him stay closer.

Owing to which Veer planned to throw Randhir out of Raj Mahal so that he can groove intimacy with Amrit.

Here shocking twist takes place where Veer intoxicated Nalini food so that he can later pit entire blame on Randhir and this throw him out of house.

This all gets caught by Amrit where she stopped Nalini from eating and later gets perplexed how Veer played dirty game.