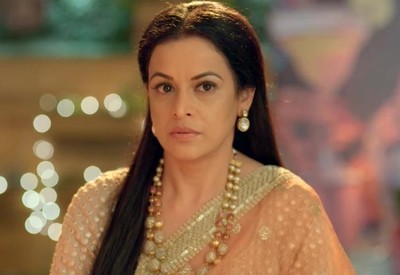 Star Plus popular show Imlie is going to witness some interesting twist and turn in the upcoming episode.

Imlie has been seen participating in the best bahu competition where she has to prove her worth with different tasks.

It starts with first round of cooking competition where Imlie begins to face trouble.

Anu turns out to be one of the judges who is going to look after the contestants.

Moreover, Anu disqualifies Pallavi as she tries to help Imlie during the competition.

Eventually, judges had to blindfold themselves and taste the food made by the contestants.

Imlie’s dish turns out to be the most liked one but Anu stops them from declaring her as the winner of round one.

Anu starts marking out the mistakes from Imlie’s dish saying it does not match with the theme.

However, Imlie will still manage to impress the judges and stay in the competition.

It will be interesting to see if Imlie can win the best Bahu competition. Stay tuned for more updates on SerialGossip.com

Imlie: Major Twist! Aditya gets Tripathis off their high horse

Imlie: Major Twist! Aditya gets Tripathis off their high hor...