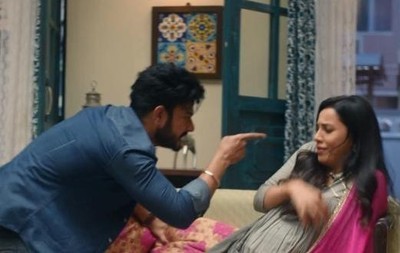 It was earlier seen that Pritam learns major truth about Amrita from new lady.

This new lady has evidence where Amrita is stalking Pritam to know more about him.

Looks like Amrita has flopped Pritam's major plan and he have to suffer a lot.

Hence furious Pritam comes home drunk where he confronts Amrita for interfering in his life.

Amrita begs before Beeji to save Karan's life

Pritam gets mad at Amrita where Amrita in fear gets labour pain.

Amrita cries in pain where she asks Beeji to save her Karan's life.