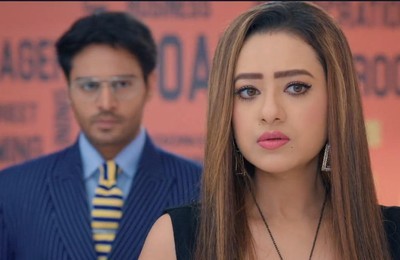 Star Plus's popular show Anupama is about to showcase some major twists and turns.

Kavya reaches the office along with Anupama.

Meanwhile, Kavya discusses her ideas with Anuj and Anupama.

Kavya feels neglected and humiliated by Anuj and she starts raising questions on Anuj and Anupama's relationship in front of employees.

Anuj hears Kavya and he fires Kavya from the job.

Kavya starts pleading with Anupama while Anupama refuses to help as she insulted Anuj.

Later, Kavya leaves saying that one day Anupama will eat the company.

Kavya visits Vanraj and she complains about Anuj and Anupama.