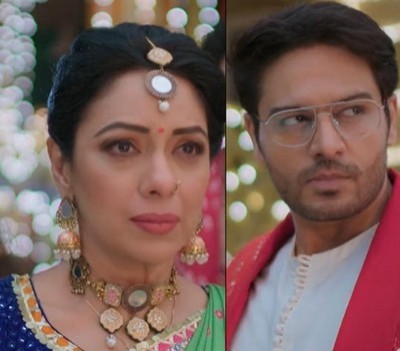 Star Plus's popular show Anupama is about to showcase some unexpected twists in the upcoming track of the show.

It was earlier seen that Anupama takes a shocking stand for Anuj.

The next day, Kavya reaches the office along with Anupama and gets excited for her first day at work.

Meanwhile, Kavya feels neglected by Anuj and feels that Anuj is giving importance to Anupama.

Later, Kavya raises questions about Anuj and Anupama's relationship in front of the employees which makes Anuj furious and he fires her from the job.

Anuj reveals the reason of being single

In the upcoming episode, Anupama goes to take blessings from God where Anupama asks Anuj about him being single yet.

Anuj tells Anupama about his love story which leaves Anupama shocked and she feels his pain.

Will Anupama learn that Anuj is single because of her?